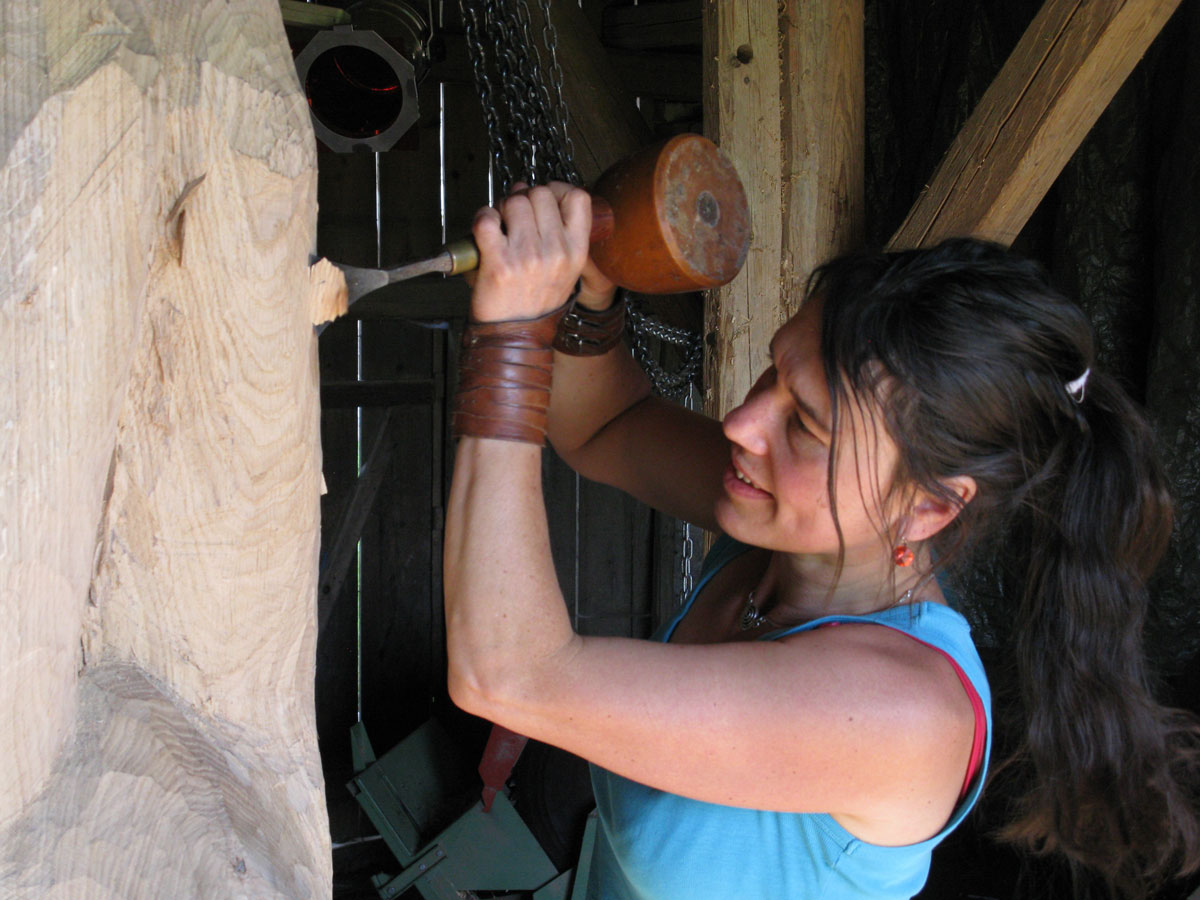 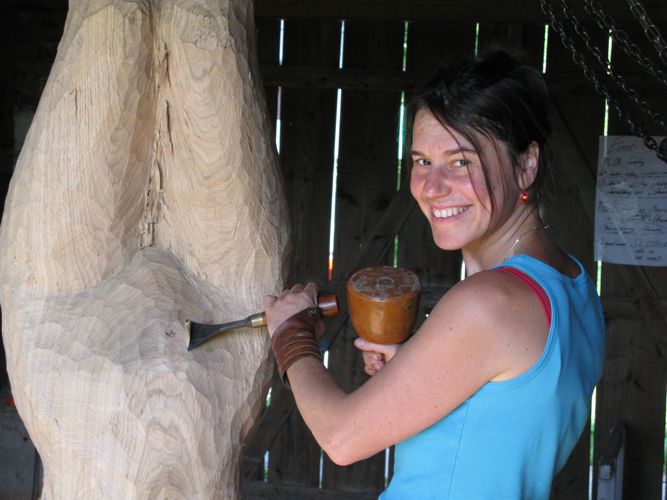 1970
born in Dachau / Germany
1988 – 1990
apprentice carpenter
1990 – 1993
active as a cabinet maker, mainly in the fields of solid wood furniture construction,
amongst other things working for several month in India /rural project and in Kenia as an instructor
1994 – 1995
School for Master Carpenters, master craftsman diploma in Ebern/ Bavaria
1996 – 1998
Academy for Interior architecture and furniture-desig in Cham/ Bavaria
1998 – 2002
employed as an interior designer in Munich
commission from the Bavarian National Theater in Munich for stage building and decoration

The main focus point in my sculptor work is the transformation (realization) from abstract issues, like balance, change the point of perspective, dynamic,…The altercation between contrasts like tension and relaxation, dynamic and calmness, compact surficial and breakthrough, as well as balance proportion are established criteria for my concepts.

After her apprenticeship as a carpenter and after spending several months working in Kenya and India, Martina Kreitmeier (born 1970 in Dachau near Munich, Germany) was at first active in the field of furniture construction. Subsequently she graduated from the „Master School for Carpentry” in Ebern and studied at the „Specialized Academy for Shaping and Room Design” in Cham. She worked for several years in the fields of interior design, furniture design and trade fair construction, before she finally achieved the degree as a “Master of Carving” in Munich. Since 2005 Martina Kreitmeier works freelance as a fine artist in her studio in Altfraunhofen (near Landshut, Bavaria), from where she was able to introduce her plastic-material works, her sculptures and her large-scale objects at numerous single- and group-exhibitions in Germany and abroad. She also regularly takes part in international sculpture symposia. She received scholarships for artwork-related visits to Verginia (USA) and Scotland and works as a teacher in the practice of sculpturing at various summer-academies, schools, museums and other institutions. Furthermore, Martina Kreitmeier is regularly proposing her works in several projects for „art in the public space“ and „art at buildings“ and often achieves a front rank with her competition entries, so that she got the opportunity to make significant contributions to these projects.

Martina Kreitmeier became well-known especially for her excellently-executed wooden sculptures which mostly depict human figures in life-sized or larger than life-sized dimensions. Sometimes these figures are clothed, but most of the time they are shown as nudes. She does it in a realistic and/or naturalistic way, and sometimes in abstract stylization. Often the figures are shown in motion, from time to time with exalted gestures and occasionally tending into acrobatic movement. Mostly, the figures are placed on wooden steles and seem to enter into an action-related dialogue with their limited space on the top of these steles.

The body language of the figures (dynamically moved or depicted in expectant calmness) represents not only their inner status, but also often has a much broader meaning than it seems at first glance. Sometimes, there are societal, occasional even political issues that inspire Martina Kreitmeier in her works. Moreover, in her artworks, Mrs. Kreitmeier is highly interested in the iconographic transformation of such abstract terms as equilibrium, change of perspective, yearning, dynamics, infinity and others, which reflects the existence of human beings itself and the content of their emotional worlds.

A special concern of Mrs. Kreitmeier is not only to bring such contrasts as tension versus relaxation, dynamics vs. statics, but also, on a creative level, such contrasts as closed surfaces vs. breakthroughs or mass relations vs. proportions in a harmonious balance.

In some occasions, Martina Kreitmeier deals with the creative possibilities of abstraction. However, she often develops her abstract works out of figurative subjects: out of human figures or out of snake-like or snail-like creatures, which transmute into supple meandering or helical formations. With the abstract and semi-abstract subjects, Mrs. Kreitmeier is concerned not only with the pictorial stylisation of a realistic subject, but also with the optical appearance of cavities and vaults and with their relation to the overall form of the sculpture as a whole. The aesthetic intrinsic value of the surface of the material also plays an important role in the works of Martina Kreitmeier – in her realistic works as well as the abstract ones.

The bust-portraits by Mrs. Kreitmeier, which are mostly cast in bronze and occasionally carved in stone or wood, are also very interesting. In general, these portraits are depicted after living models. In fine-masterly detailed realism, they reflect the physiognomic realities of the portrayed person: precisely in the representation of the face, distinctively in mimic expression and, most important, with psychological comprehension. So to speak, these portraits are not only images of the visible reality, but they are sketches of character at the same time.

The sculptures made by Martina Kreitmeier conquer the real surrounding of the beholder in a space covering way and with powerful material presence. They enter our consciousness as artefacts and, as illustrations of an imaginary pictorial history, are both in one: substantially connoted scenic viewing objects and aesthetically working objects of watching as well.